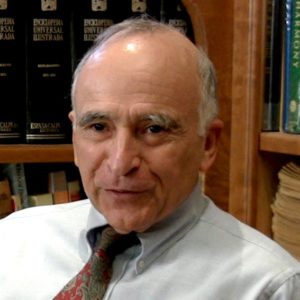 Burt Dorman holds a Ph.D. in biophysical chemistry from U.C. Berkeley and did postdoctoral work in human genetics at Yale. He was co-founder and president of two biotechnology firms and a founding officer and director of the Washington, D.C.-based Association of Biotechnology Companies.

Dr. Dorman’s longstanding advocacy on behalf of classical vaccine methods for HIV/AIDS was discussed in “We could have an AIDS vaccine, so why don’t we?” a 1995 article by Mark Schoofs in The Village Voice and in “Shots in the Dark,” a 2001 book authored by Science journalist Jon Cohen.

“We’ve not tested the most obvious way to make a vaccine for HIV/AIDS. It would take only a few years, it would cost only a few million dollars, and it could save millions of lives.”

“Whenever we bring this subject up with someone who’s not well acquainted with the field, we often begin with “you’re not gonna believe this”. Because frankly it does seem unbelievable. How could we as a society pass over a plausible solution like a classical vaccine?”

“A classical vaccine is a very well known undertaking. It’s been done over and over again. It’s possible to make very reliable predictions about how long it takes to systematically examine the known variables that influence outcomes of classical vaccines.”

“Common sense dictates that we should try any plausible approach to a vaccine. And we have not tried the most plausible, potentially the most likely, and the most direct path to a preventive vaccine.”